What exactly is a freelancer anyway?

I bristle when I hear the word freelancer – I’ve had an aversion to the word for years. Ever since I started my copywriting business and was asked what I did at a swanky party.

I said I was a commercial writer (for lack of any other way to describe it quickly) and the guy who asked said “oh, a freelancer?” Caught off guard, and not having given it much thought, I said “I guess…”

I’ve always thought of myself as a business person. In fact, after a couple of decades in business I came to think of the corporation I own as an entity I feed through my various efforts. By writing copy. By coaching. By selling my IP. Writing was one way I drove revenue to the business. Does that make me a freelancer?

Back to the party.

The guy sort of rolls his eyes, says “uh huh” with absolute disdain in his voice and then looks for someone more interesting to talk to.

I was left with my drink and the realization that some asshole thought I was a two-bit player because of the word freelancer.

To some extent, freelancers are disrespected as a category. The word is associated with people who are flaky, or who are just doing a thing until they figure out what they’re really doing.

Business owners get more respect. And running a freelance business – what does that mean exactly? Sounds strange to me. But people say it.

Here’s how I see it. I’ve been coaching business people for the last 15+ years. I most often talk to people who start a business because they’re good at their craft – coding, writing, design – doing business is a secondary and much less interesting aspect of the whole deal, so it gets short shrift.

And, I’ve seen how when you put some focus on becoming a business (a business of one – doesn’t have to be anything fancy), you’re no longer seen as a solo entity at the whim of other people, you’re a business owner who gets more respect.

Give some thought to how you’re positioned. How do you see yourself? How do you talk about what you do in broad terms? Do you call yourself a freelancer? A business owner? Both perhaps?

I wonder too, if any of this rings true for you?

I’d LOVE to know what the word freelancer conjures for you. I’m willing to be dissuaded from my position! In fact, I’d like to be. Let me know what you think, if you feel so moved.

PrevPreviousDon’t Mistake Yourself For Your Market
NextWhat is an Employee Freelancer?Next 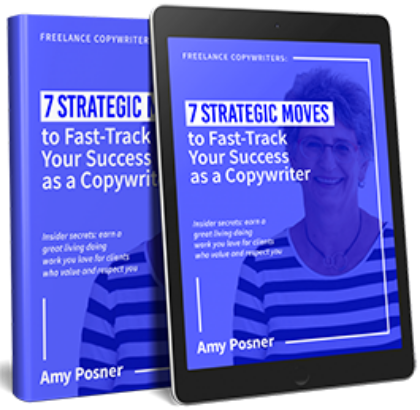 Fast-track your success as a copywriter

We will only send you awesome stuff